• 2 tickets 2 rows behind the Sox Dugout to 2 Spring Training games
• V.I.P. Tour of JetBlue Park provided by the Boston Red Sox
• Airport and ballpark ground transportation provided
• Complimentary breakfast and dinner every day
• And much more!

Raffle Tickets are $10.00 each
To purchase tickets email: info@supportingorphans.org

Hello and welcome to the official site for Supporting Orphans Nationally & Globally, Inc. (S.O.N.G.), formerly “Socks For Siberia.” We are glad you have found us and happy you want to know more! Check out our projects page for current and past projects.

Keep an eye on this page for news and happenings about upcoming events and information on S.O.N.G.!

Donation and contact information is on the right-hand side and the bottom of the site if you need to get in touch with us. S.O.N.G. is an all-volunteer 501 (c) 3 nonprofit charitable organization and your donations are tax-deductible per IRS regulations.

Please share our site and story, visit & follow our social media pages by following the links at the bottom of the page. Thank you for visiting!!!

Thank you to everyone who bought and helped us sell our October 2021 Calendar Raffle Tickets to support orphaned children…!!!

YOU are GREAT and we are GRATEFUL…!

Winners are posted here and on our Facebook page. Proceeds from this fundraising drive will be used for pandemic relief for orphaned children.

Tickets can be purchased by email at: info@supportingorphans.org

To order tickets offline contact us at
info@supportingorphans.org or call 413-813-8100

“S.O.N.G.STOCK 2021” is a Family Friendly Music Festival to benefit orphaned children in the United States, as well as internationally. This event features live music all day by Secret Sage, The Otters, The Lisa Martin Band, Paul Sticca & AcousticcA, and Peter J. Newland and RadioX.

Open Mic: We will be providing opportunities for individual singer/songwriters to come and perform their talents on stage during the day. There will be 10 minute time slots available at 11:30 am, 11:45 am, 1:00 pm, 2:40 pm, 4:00 pm, and 5:20 pm. Time slots will be awarded to the first come first completed registrations. Prizes to be awarded to the top three entrants. To register, please send a short video along with an email to: info@supportingorphans.org

Other attractions at the Festival include great food by Hanna Devine’s in Ware. Locally crafted wine from Brimfield Winery. Locally crafted beer and IPA. Fun family activities including a pie-eating contest, sack races, bounce house, face painting and more! A Silent Auction featuring sports memorabilia, collectibles, original paintings, and more! A Rooski Raffle (like a penny raffle) with many, many donated items!

Also, our Annual Raffle featuring a chance to Win an all-expense paid Round Trip for two to Red Sox Spring Training in March of 2022…!

Admission Gate opens at 10:30 am….Adults $15 admission day of event….Children under 12 free….Lawn chairs, blankets, pop-ups, umbrellas welcome….(Pop-ups and umbrellas on the sides and back of the main field only)….Free Parking

NO OUTSIDE BEVERAGE OR FOOD….NO SMOKING AROUND THE STAGE, PAVILION, OR ANYWHERE ATTENDEES ARE GATHERED….NO FIRES 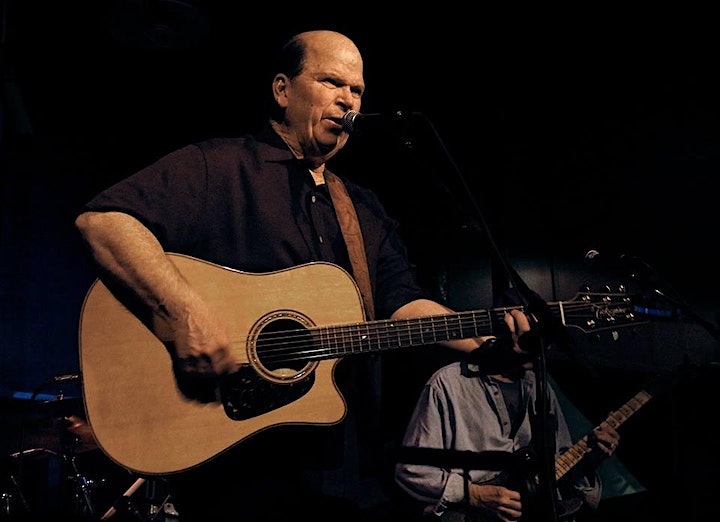 In 1968, vocalist and songwriter Peter J. Newland, with guitarists Michael Benson and Jim Kaminski, bassist Guy DeVito, and drummer William Benjamin, created a musical entity known as FAT. In an era when most bands were playing top 40 covers, FAT began writing original music. They were soon signed to RCA records, and they continue to play annual reunions in western Massachusetts to this day. In 1985, Peter moved to Nashville and worked as staff writer for Paul Overstreet and Fitzgerald/Hartley. He had songs cut by Hank Williams Jr., Alan Jackson, Tracy Lawrence, and others. Peter moved back to Springfield, Mass. in 2002, and has founded The RadioX Band, performing his original music, as well as adaptations of their favorite artists including Bob Dylan, Miles Davis, and others. Peter is joined by Mark Pappas on guitar; John O’Boyle, bass; Ralph Whittle, keyboards; and Tim Smith on drums.

Paul is a singer/songwriter from Springfield, Massachusetts. Sticca ventured into music at the early age of four as a classically trained pianist. Sticca studied at the Springfield Music Conservatory and later continued private lessons with one of the top music teachers in the area, Ida King. Sticca put many miles on an early 1900’s, road-worn, pea-green upright piano that was relocated from the salvage yard to the basement of his home following its own adventure in vaudeville shows up and down the east coast in the 1950’s. 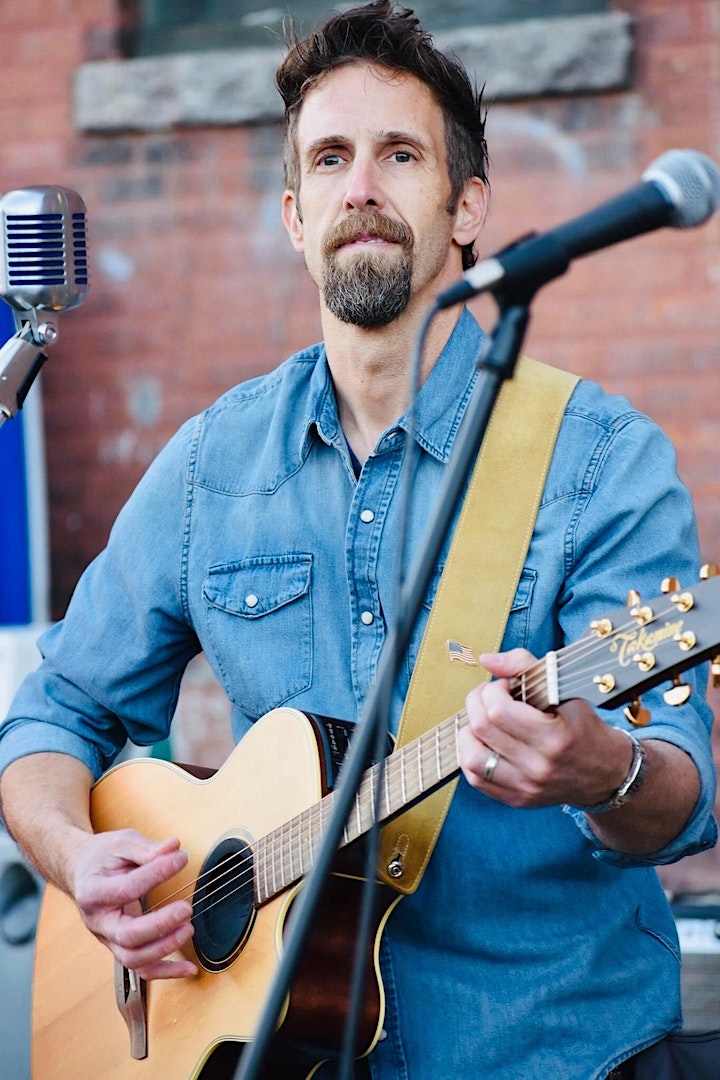 Sticca’s music and publishing has received local, regional and international recognition, reaching as far as Europe, India and Australia. Sticca is a publishing member of the American Society of Composers, Authors and Publishers (ASCAP). Sticca Is currently preparing to release his 6th full-length album and, in 2018 completed his 5th solo album “AcousticcA”, comprised of 16 self-written and produced tracks. Sticca has also written, published and released 4 additional full- length albums including Stuck (Solo), JuneBug (TheChickenYard), Long Time Running (TheChickenYard) and Sevens (TheChickenYard), which have been well-received with audiences of all ages. Sticca’s performances and recordings have received praise from both local and national media include high praise from the national industry publication Recording Magazine. 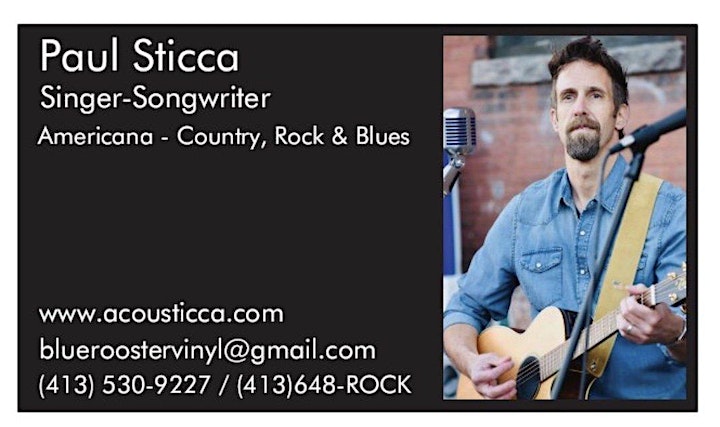 On stage around 2:30 pm: The Lisa Martin Band

Award-winning songwriter Lisa Martin is a Western MA native. Her songs are “melodic and catchy.” (Mark Erelli) “She has a knack for wringing out all the passion that can possibly fit into a 3-minute song.” (SpringfieldRepublican) Bridging the elements of folk, rock, country, and blues, Martin’s music “has an intense backbeat rarely found within the folk genre. All of her live shows are must-see performances.” (Motif Magazine). “Few of her acoustic cohorts can rock out like she does.” (Worcester Phoenix) 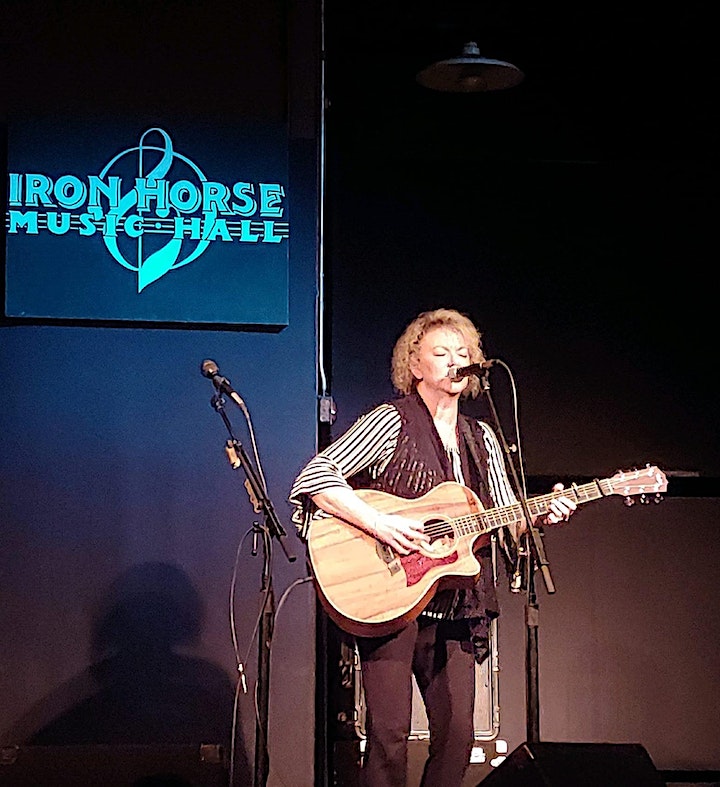 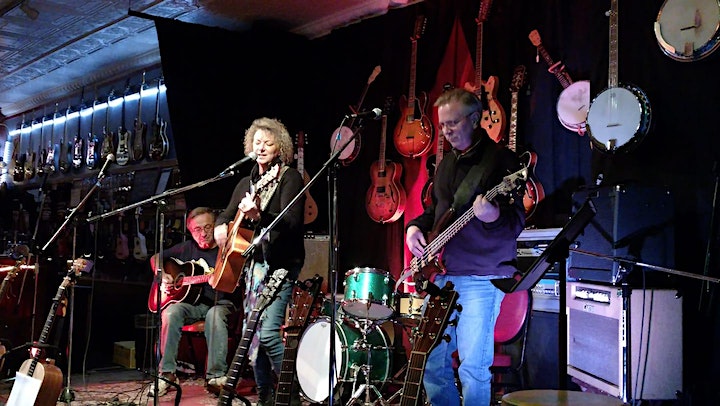 One of our favorite rock & roll bands from Central Massachusetts. This will be the 14th year that this great bunch of fun-lovin’ mammals will be on our stage to help us raise funds to support orphaned children! As one of Central Massachusetts’ most beloved bands, they will be playing songs that generations can sing and dance to!

You won’t want to miss these guys…!

“They otter be somewhere else….but they’ll be playing for us….! 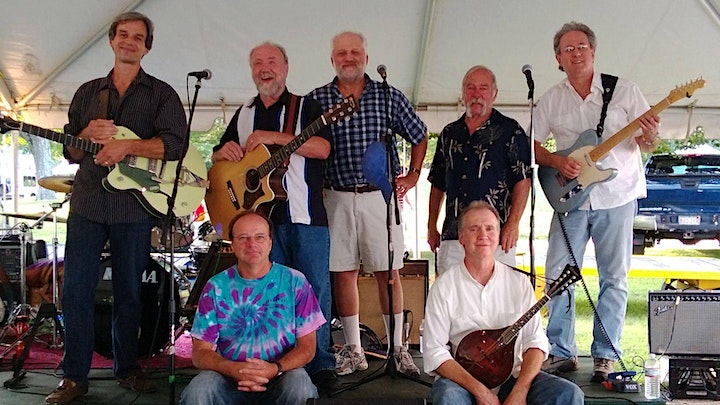 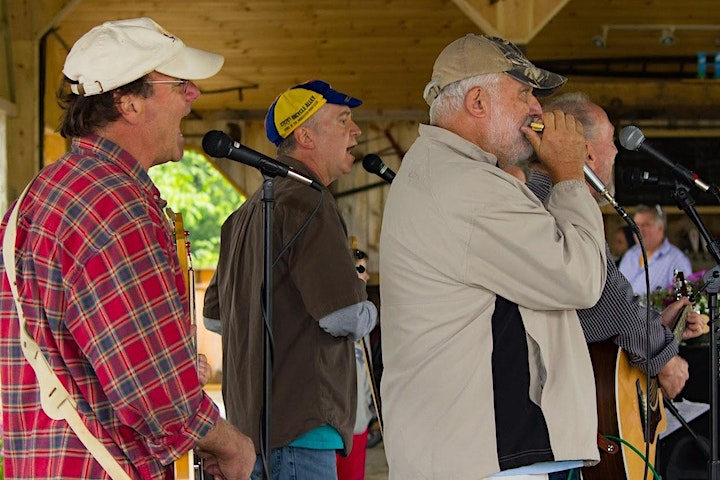 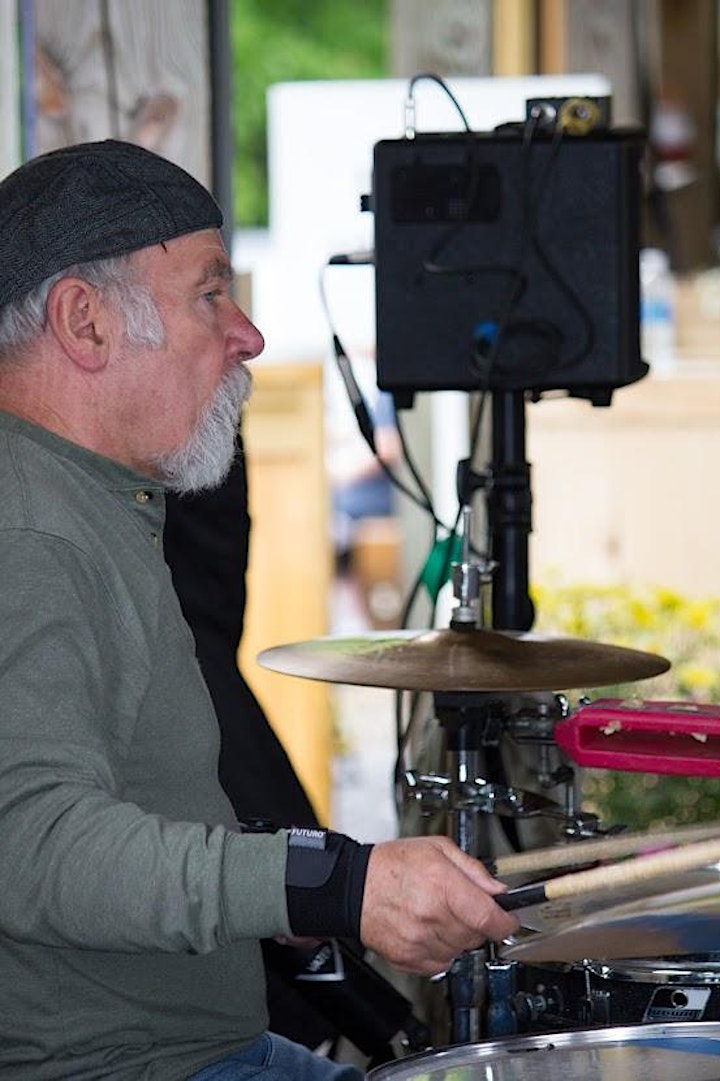 Kicking off the day at around Noon: Secret Sage

Secret Sage is a band with a sound all it’s own. With a diverse range of influences and an ability to write honest songs, your ears will love you for it. They feature acoustic originals w/ some covers thrown into a mix of positive vibrations. 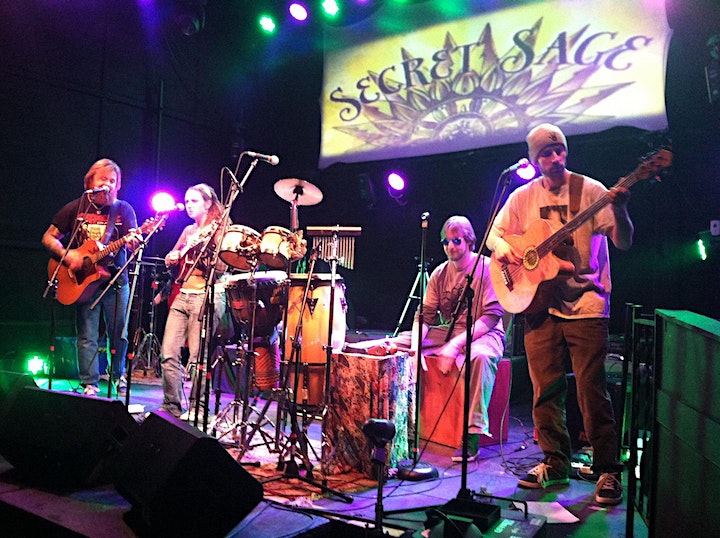 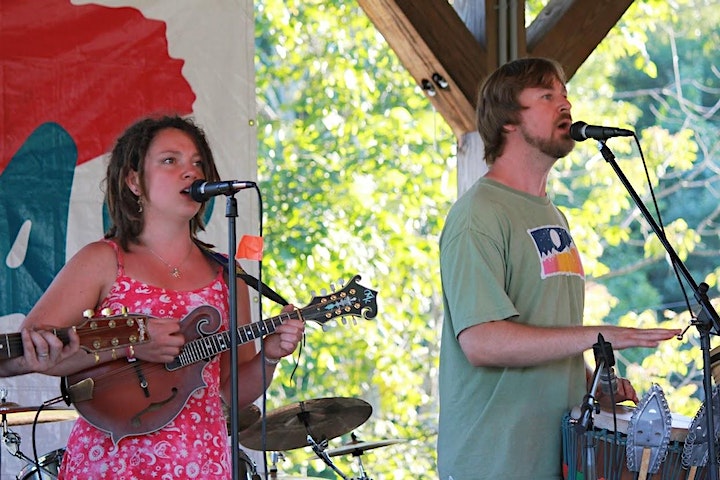 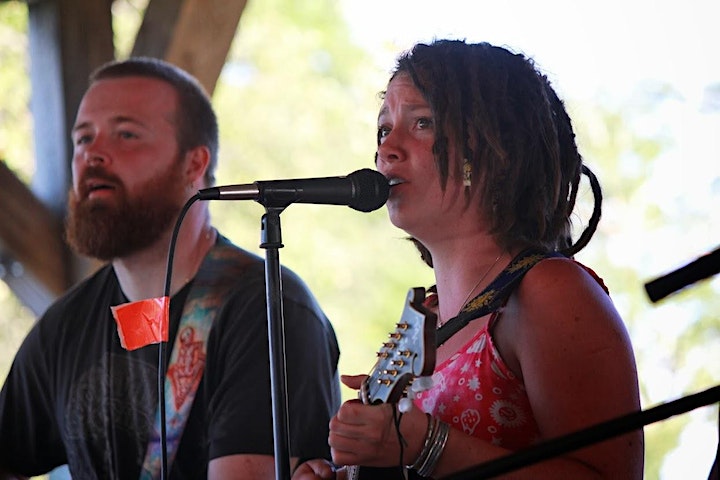 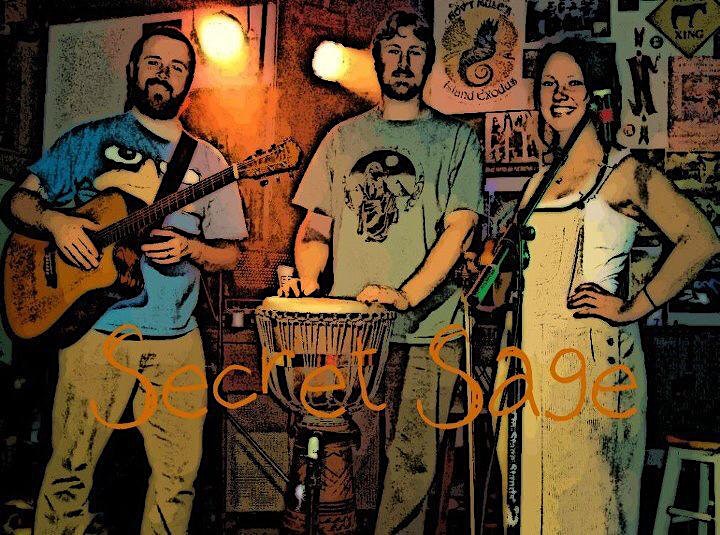 Tickets are sold out…!!!

Thank you to everyone who helped us sell out our April 2021 Calendar Raffle…!!!

YOU are GREAT and we are GRATEFUL…!

Winners are posted here and on our Facebook page. Proceeds from this fundraising drive will be used for pandemic relief for orphaned children.

SPECIAL THANKS to EVERYONE who supported our April 2021 CALENDAR RAFFLE to support orphaned children…!!! YOU are GREAT….And we are GRATEFUL…!

Tickets can be purchased by email at: info@supportingorphans.org

Thank you to all who have supported our Calendar Raffle for September 2020. Winners are posted here and on our Facebook page. Proceeds from this fundraising drive will be used for pandemic relief for orphaned children.

We are happy and grateful to report that winners donated back a total of    $1,850.00 to S.O.N.G.!!! Thank you so much to everyone who supported this Fundraiser…!  YOU are GREAT and we are GRATEFUL…!

THE FOLLOWING EVENT ORIGINALLY SCHEDULED FOR SEPT. 5, 2020 HAS BEEN POSTPONED… KEEP AN EYE OUT FOR THE RESCHEDULED EVENT!

Sunday, January 12, 2020, the Philippines Taal Volcano began spewing ash and lava covering the Chosen Children Village, a haven for abandoned children with physical & mental disabilities. This resulted in covering the facility grounds with ash, causing their water source to be contaminated, their vegetable gardens (a major supply of healthy food for the children) ruined, and electricity cut off. S.O.N.G. learned of this news from a local woman here who had adopted a child from this orphanage. We immediately provided relief by funding clean drinking water, food, and medical supplies. Due to the significant threat of further eruptions, the children and staff were forced to evacuate and were brought to a retreat house in Baguio City.

It was a fantastic evening and we are looking forward to doing another concert next year! Click here to check out some of the photos from the evening.

Thank you to everyone who came out to join us at HYLAND ORCHARDS & RAPSCALLION BREWERY for the 2019 SONGFest! A photo gallery for this year can be found here.

A very special thank you to the Gypsy Cowboys and The Otters for supplying another fantastic festival of music.

and thank you to Next Step Studio of the Performing Arts for helping us put on “The 2019 S.O.N.G.Fest Talent Show”

and thank you to everyone who bought tickets for the
2019 SONG ANNUAL RAFFLE
Here are the winning tickets, CONGRATULATIONS!!!